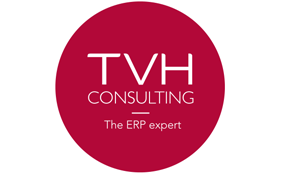 TVH Consulting is a leading French integrator specialised in the distribution and implementation of ERP and BI solutions (Microsoft and SAP). Created in 2003, TVH has a strong reputation in several key segments, such as co-operatives and life sciences. The exceptional quality of its delivery and its ability to offer vertical proprietary solutions with key additional features to Microsoft Dynamics and SAP enable it to differentiate itself with its blue chip customer base.

Seduced by the originality of the company’s positioning and the development prospects it offered, Sparring Capital acquired a majority stake in TVH Consulting in September 2016 as part of a management buy in transaction led by the management team, Ahmed Mahcer (Chairman) and Eric Boisneault (CEO), and with the departure of the founder Guy Tubiana (who remained a shareholder alongside Sparring Capital) .

With the support of its shareholders, joined by Ciclad and Bruno Langinieux, after the acquisition of Cadexpert in 2017, the company has strengthened its presence in the SAP environment while continuing to invest in the development of its proprietary solutions (vertical ERP, WMS, Analytics), in line with its hybrid integrator/publisher positioning. These investments have led to major successes in the world of agricultural co-operatives and the pharmaceutical and cosmetics industry, contributing to the group’s high financial performance.

A second external growth operation (acquisition of Cosmos Consulting in 2019) enabled it to add business intelligence (BI) expertise to its offering, a natural complement to an ERP.

The integration of the acquired companies was followed by the implementation of a partnership structure resulting in the opening of the capital to nearly one third of the company’s employees, which constitutes a lever for motivation and strong team involvement, while strengthening the company’s attractiveness for new talents.

In 2021, the group will reach 30 million euros in revenues and employ 170 employees.

With a broad range of solutions, led by a dynamic management team that knows its market inside out, TVH Consulting is remarkably well positioned to continue its development with the support of its new shareholder.

Ahmed Mahcer, Chairman of TVH Consulting, said “Sparring Capital is close to our values and our DNA and has been able to accompany us progressively through our two external growths as well as our human and financial objectives. We thank them for their support and commitment to us over the last five years and hope to accelerate our ambitions with the arrival of 21 Invest.”

Arnaud Leclercq, Chairman of Sparring Capital, added: “We were attracted by the hybrid nature of TVH, an integrator known for the quality of its services, but also a publisher of vertical ERP solutions. Moreover, the solidity and dynamism of the management team, led by Ahmed and Eric, as well as the depth of the market, allowed us to consider the implementation of a dynamic buy and build strategy. As we pass on the baton to 21 Invest, we are pleased with the progress made by the company and that we have been able to contribute, with Ciclad, to this great success.”

See all our press releases